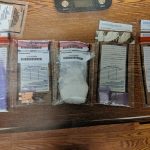 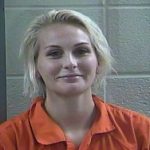 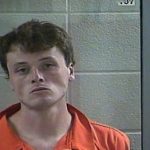 During the traffic stop on a gray Dodge Avenger, Ofc. Dylan Hampton and Ofc. Dillon Blair made contact with the passenger, Vaughn, who was acting nervous. He was asked to step out of the vehicle and officers located a medicine bottle on him containing a variety of prescription pills and a baggy containing 0.4 grams of methamphetamine.